Why You Shouldn’t Self Publish

Why You Shouldn’t Self Publish

Okay, so this is a response blog. Some guy over at some website penned a dummy picture about why he believes that no one should ever self-publish their work ever. His thought is that 99% of people who choose self-publishing do so before they are ready. Because people who’ve gone through agents and have been rejected almost always come out with a better project.

Having read more than a few really great indie novels, and more than a few terrible traditionally published authors, I’d say that theory is bunk. Is there a lot of garbage out there? Oh my God, yes. My point is that garbage is subjective

Since I’ve been doing this thing for over a year now, I figured that I’d share some of my own assumptions going into this, and lay out some real reasons why you should take a breather before hitting up Smashwords.

1. You think that sales come the moment you upload your book to KDP

Okay, sorry, but even typing that was funny. Because I thought that when I first uploaded my book. I say I didn’t, but I did because I’m really good at lying to myself.

There is legitimately no rhyme or reason to selling books. Some days, I won’t touch a computer all day and get 100 downloads. Others, I’ll promote for seven weeks and get nada. If I could tell you the magic bullet for getting all the sales….I probably wouldn’t tell you because I’d be on a remote island with Banyani the Towel Boy.

From my own experience, I can tell you that self-publishing is a daily grind. And that grind is taxing on your creativity because it means you have to come up with content every single day. No one else is going to market your book (and you) for you, so you have to do it…

…without being a total book spambot. And that, my friends, is incredibly tricky. Best way I’ve found is to go to where my readers are at comic book conventions. But that also requires a lot of resources, and I’m burnt out of it. So now I have to think of something else.

Again, this is one where I get to eat my own crow. This is painful to write, but my pain=your gain. Double Life didn’t have a line editor, and so there were some pretty big (but consistent) mistakes. Going back, I would have smacked myself upside the head and said, “Girl, don’t.”

Save yourself the embarrassment, get a line editor. If you think you’re that good, then don’t self-publish. Because I don’t care who you are–you aren’t.

I know you’re rolling your eyes and saying, “You lie. I’m the best line editor in the world and I’mma read my book 10,000 times and and and”

And shut your face because I said the same thing and somehow a “classes” instead of “glasses” showed up in my book. Mortification to the extreme. So don’t even start.

Being self-published means that you are self-published. Let’s break that down. Self=you. Published=the act of printing (or distributing via eBookstores). So by the very nature of the beast, you need to be able to understand what I mean when I say…

Your .doc file needs to be stripped of all formatting except in-line formats and you should have a page break after every chapter. And don’t forget the TOC links because the Meatgrinder is funky about that.

If that was a foreign language to you, and you don’t feel like breaking out Rosetta Stone, then self-publishing isn’t for you. Sure, you can hire someone, but after a line editor and a cover artist and marketing expenses, you’re looking at a big chunk of money. Being self-published means that you wear many hats, if not all the hats.

4. You don’t feel like paying for a cover artist

5. You aren’t mentally and spiritually prepared for months and years of soul-crushing rejection

Traditionally published kids have it easy. They’re just rejected by one or two agents. Try tweeting something to 1,000 followers and having it ignored completely. And then do that five times a day and once with dinner.

It takes time to get your fan base built, to understand your market, to grow your relationships–not only with other authors, but with readers. Writing the book is the easy part. Post publication is what separates the strong from the weak. You have to walk into the trenches every single day and scream at the top of your lungs in the most creatively interesting way you can think of and hope that one person listens.

If you do that enough, you’ll go from 0 downloads to 10 a day on average in one year. Then you’ll see growth in your followers, and hey, you have ten superfans instead of zero, and oh look, steady downloads of your second and third book.

But it doesn’t happen overnight.

6. You can’t manage resources worth a shit

This one might be missing from your other self-publishing lists because this is my consultant brain talking. Being self-published means you are a small business owner. Managing resources (money, people, or your own time) is one of the things small business owners of all stripes get wrong. Usually, it’s something along the lines of…

As a self-published author, you are the decider in all things, including what you do with your profits (or your own investment cash) and your time. If you buy a Facebook Ad, what’s the return on investment? If you spend money to have someone run a blog tour, how much money do you expect to make back? Investments don’t always make money, but if you are always losing cash, then you stop doing things that don’t at least make what you put into them.

If you don’t care about these things, then you shouldn’t self-publish. And you should also hire an accountant.

So when should you self-publish?

You should self-publish when you damned well feel like it.

This might sound contradictory, but it’s actually not because the title of the blog post should read:

For someone who hid her stories and author-ness from everyone in her life, I would never, ever presume to tell anyone what they can or can’t do with their dreams. To do otherwise is a dick move, and that’s probably why the original conversation bothered me so much (besides the insinuation that my work is crap because an Agent and Publisher did not sanction it).

I wrote a whole blog post about the importance of knowing what you want to get out of publishing and it still rings true here. If all you want to is to see your book in print and it sits on your shelf and you have literally 0 expectations about hitting the bestseller list, than ignore all what I said above. Go on with your bad self. But don’t expect to sell millions of copies.

If you are walking into self-publishing because you want to own your story, because you like the control, because you know what makes a quality product and what will get you laughed off of Twitter …then go for the gold. And let me know so I can help share your awesome story. 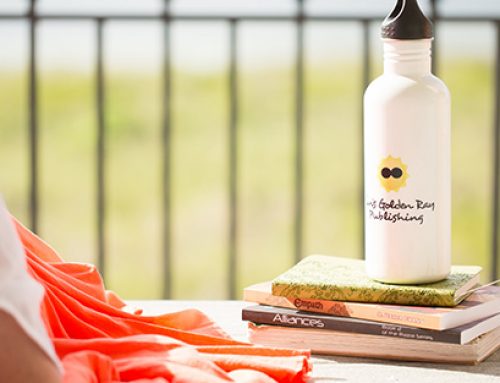 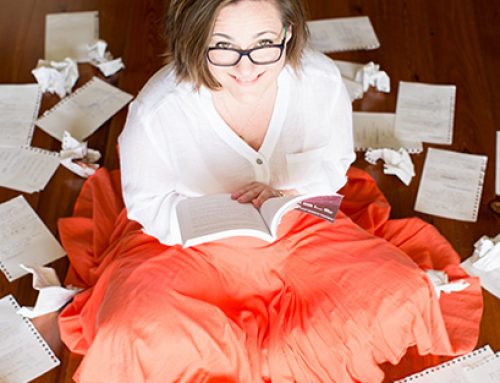