One of the nice things about being self-pub is that I have carte blanche to do what I want, when I want. Being the marketing guru that I am, I try to not change things a lot. But sometimes, my gut tells me that it’s time to make a change, good timing or no.

I’ve made no secret that I’ve been unhappy with The Island’s cover. No slight intended against the cover designer, this one is all on me. I told her what I wanted (at the time) and she delivered the vision. Problem was, the vision didn’t quite fit what was needed. The Madion Trilogy is weird. It’s a fantasy with no magic, a dystopian with two governments to overthrow, an unromantic romance. I put it as a fantasy romance because that was the closest thing to what it is. The covers, however, didn’t quite reflect that.

I was brainstorming with my amazing editor Dani, who, besides me is probably the most intimately familiar with the series, and she came up with this really pretty concept art that I took and ran with. At the end of the day, I decided to go ahead and redo all three (still fiddling with Union a little bit):

Here’s the rub: Union hasn’t come out yet, and if I change the covers now, I’d be doing the dreaded mid-series cover change. Again. However, I really think an upgraded cover would help draw in more readers, because, let’s face it, if the covers were working, I wouldn’t be changing them.

The benefit of being a self-pub author is I can actually print a limited number of the old cover of Union (the pretty sunset ones) in both paperback and hardcover. I will only buy how many are ordered, so if you’re one of those people who HAVE to have matching covers, you should get your preorder in ASAP and let me know that you want an old cover vs. a new one.

If you want an old cover to match your printed copies of The Island and The Chasm, you need to preorder now and tell me.

Speaking of preorders, if you’ve missed it on the Twitters, I’m writing a companion novella to The Union called “The Prince and the Heiress.” Everyone who preorders The Union from me directly (old or new cover) will get a printed copy of this wonderful little story. But fair warning – huge, giant mega spoilers for the end of Union, so you’ll want to read that first. The novella won’t be for sale on its own, but it’ll be included in the eventual Madion Island eBook box set (aiming for April 26th). So if ya want it, get your preorder in!

Although I wanted to wait until the series was complete to change the covers, the gut was telling me differently. And I suppose I can allow myself a few mulligans a year to help improve sales and whatnot. 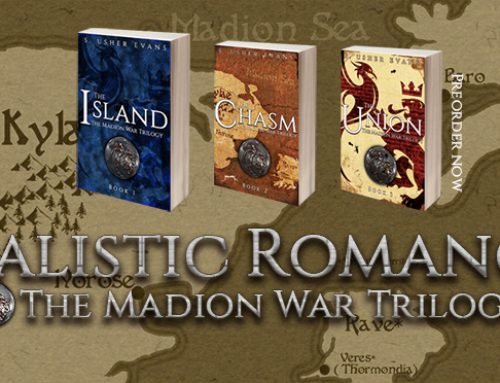 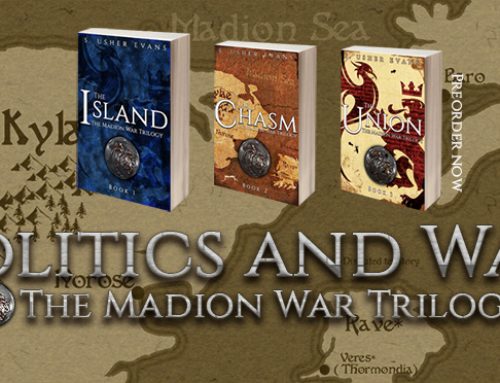