The past few years, I’ve been pushing pretty hard. At times, I’d have two or three novels in work, able to release as many as nine projects in 2016. Sadly, all that work hasn’t quite resulted in the kind of money that allows me to live off it (not even close). So I’ve had to go with freelancing a little bit. That means, unfortunately, I only have so much brain energy.  I’ve had to reprioritize some things for Sush projects as I determine the way forward.

The big quandary I have right now is what to do in the latter half of 2017. I’ve got the second Lexie book releasing in April and the Madion Box Set in June. The first book in the Demon Spring trilogy (formerly known as RedemptionWIP) is in the hands of betas right now. But that sucker is headed out to agents and larger publishers in April.

Which leaves yours truly at a bit of a crossroads. Do I return to Lexie and finish the last two books for release this year, or do I stick with Demon Spring and finish those?

While part of me loathes leaving a project unfinished, the pros and cons I’ve come up with tell me Demon Spring is the way to go. In the first place, I’ve had Lexie in my head for nigh 20 years, so I doubt she’s going anywhere anytime soon. In the second place, holding off on publishing any new projects allows me to put off some expenses. This may come as a surprise, but it’s not cheap to publish nine books in a year. One of my goals for 2017 is to get the business right-side-up, and investing in existing books vs publishing new ones is a great way to do that.

However, focusing on writing Demon Spring means that’s it for the rest of the year. I’m giving myself breathing room time-wise since this is a new, unfamiliar world to me. As well, I don’t have as much time/brain energy as I used to with freelance taking up 50% of my time, so I’m only working one project at a time. That puts us at December 1st before I can get back to even writing Lexie full-time. I’ll need an additional six months to get it through the process. That means Book 3 won’t get to y’all until at least June 2018.

At the end of the day, this is the strategy that makes the most sense to me creatively and financially. I’ve decided to end my silly process of staggering book writing when I’ve very clearly got the creative inertia on a series. This usually results in 3-4 weeks of dragging myself to the keyboard every morning. Along that vein, I’ve also decided to stop forcing myself to write something I’m not excited about. I’ve always had the thought: I need to finish so I can get to a certain number of books. But with ten books available for sale, including two complete series, I can be a little flexible.

(Of course, if you’re truly passionate about Lexie, you can always try to change my mind. Write reviews for books 1 and 2, recommend the series to your friends. Ask your library to buy it. Get the audiobook. If the series starts going gangbusters, then I might be fine with putting aside Demon Spring.)

I told myself I was going to try not to have a solid gameplan for this year. But since so much of my life is up in the air (as I’m crashing at my parents house, currently looking for home investments to flip), I needed to at least know what I was doing every day writing-wise. I’m bummed that Lexie gets put on the back-burner, but I’m also SUPER excited to play with Ben, Anya, and Cam. 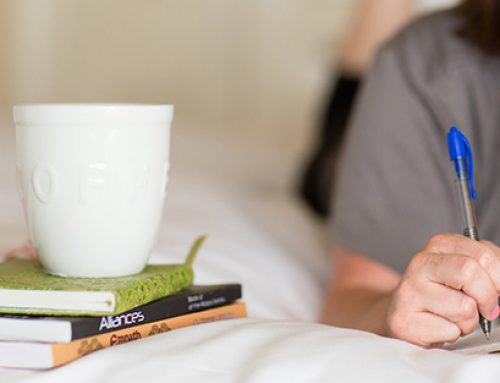